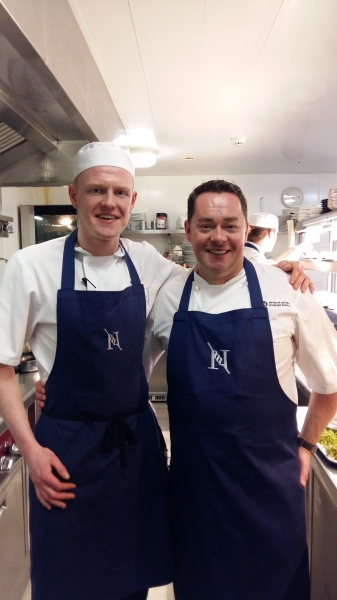 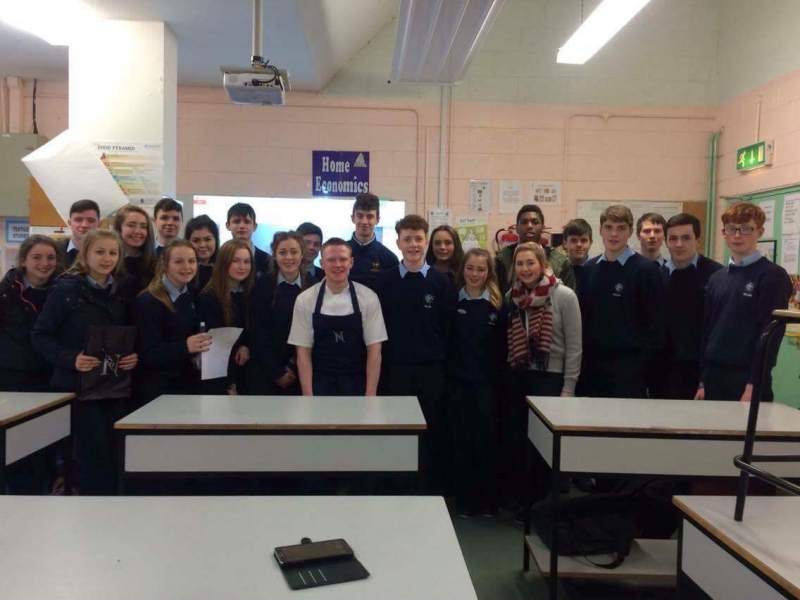 
Former student at Killina Secondary School, Patrick Walsh, returned to his old alma mater recently to give a fun and interactive Cookery Demonstration to the Transition Year students on the timely topic of healthy eating.


A fully-qualified Chef, Patrick has spent the past year working alongside celebrity chef, Neven Maguire, in his multi-award winning restaurant, MacNean House and Restaurant, in Blacklion, Cavan, and will shortly take up a new position at Michelin-star restaurant, Chapter One, in Dublin’s Parnell Square under the stewardship of Head Chef, Ross Lewis.


Patrick began his career as a Chef in the Bridge House under former Head Chef, Paddy Kennedy, and he completed the Advanced Certificate in Culinary Art Programme in Athlone Institute of Technology before spending a year working in the acclaimed Wineport Lodge in Glasson, Athlone. He joined the kitchen team at Neven Maguire’s MacNean House in March of last year.


The Killina Cookery Demonstration, which was organised by Home Economics teacher, Stella Horan, as part of the diverse TY Programme in Killina Secondary School, was a huge success and was thoroughly enjoyed by all the students, who found it to be informative, educational and enjoyable.
During the course of the 80 minute class, Patrick outlined details of his career as a Chef to date and he followed this with a Powerpoint presentation to the TY students outlining the benefits of healthy eating, particularly for teenagers. The presentation placed particular emphasis on a wide selection of healthy options which should form part of the everyday diet of young people.


This was followed by a lively question and answer session during which students asked a large number of questions about various foods, and there were many laughs as Patrick answered each question in a lighthearted and informative manner.


Patrick also outlined a selection of healthy options for breakfasts and packed school lunches, as well as providing each student with a simple recipe for healthy brown bread which can be supplemented with nuts, seeds and other healthy options.

As part of the practical element of the class, Patrick Walsh demonstrated a quick and easy recipe for overnight oats which students could prepare the night before and bring into school, rather than skipping breakfast altogether, and he also cooked omelettes with a selection of quick and tasty fillings, as well as demonstrating a range of healthy and nutritious sandwich filling options. Students were allowed to taste each dish at the end of the practical demonstration.
Neven Maguire very kindly donated four copies of his latest cookery book, “The Nation’s Favourite Healthy Food” as a sign of his support for Patrick’s Cookery Demonstration in Killina. Three of the books were raffled at the end of the class, and were won by Jack Watkins, Ava Beatty and Dan Wyer, while the fourth book, which was signed by Neven, was presented to Home Economics teacher, Stella Horan, by Patrick Walsh.